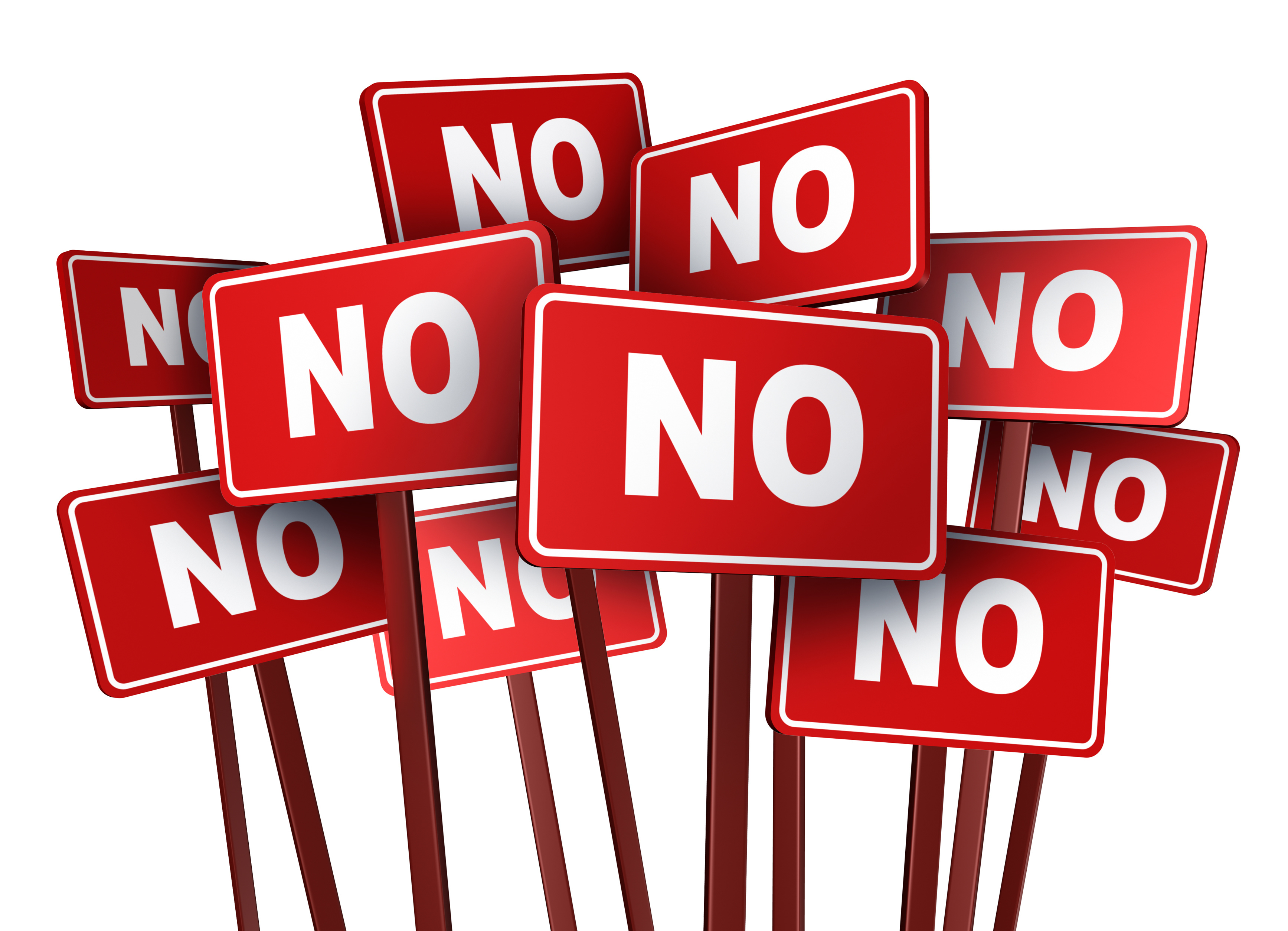 This blog is about some words that bear a tremendous amount of power.  Two actually.  The “R” word and the “N” word.

Wait.  Not the ones you’re probably thinking.

In high school, I had a crush on the most magnificent girl.  She was beautiful, articulate, smart, talented!  Man, she was something else.  She was also the latest in a long line of girls I had crushes on as a kid but never had the courage to approach.  I was petrified of her.  She held such power over me and never even knew it.  We sat seats apart in class and even talked here and there, but I absolutely would never admit that I liked her to her.  I just couldn’t handle it.  When it came to the thought of that dreaded “R-Word”, I turned into a babbling George McFly.  “Lorraine, my density has popped me to you” rang in my head when I would think about asking her out.  I just never thought she would be interested in a guy like me.  We will save my self-image and self esteem blog for another day.  This blog is about the “R-word”:  REJECTION.  Rejection, and its equally intimidating partner, the other horrible “N-Word”:  NO.

For me, asking her out and hearing “No” (or worse, being laughed at, ridiculed, or any of the other anxiety inducing thoughts that filled me back then) would have been devastating.  There was a certain comfort I had in liking her.  Losing that would mean…well…I wasn’t sure.  But I didn’t want to live in a world where I didn’t have the thought of her.  And a definite “N0” would have ended that fascination.  Now, this girl in high school wasn’t the first or the last, by any means.  And, it should be noted that I am well over that now, happily married to someone who eclipses any “crush” I have ever had on anyone ever.  But, when it comes to the subject of my fear of rejection, my high school crush is the posterchild for me.

For years, I wondered “what if”.  But not just about HER.  I’ve wondered “what if” about SO many things in my life.  So many chances I didn’t take.  All because I was so scared of hearing the word “No”.  So fearful of rejection.  Jobs I didn’t even apply for, trips I didn’t take, connections I didn’t make.  All out of fear.  Fear of something that doesn’t even matter.  It isn’t real.  Rejection…it isn’t tangible.  It serves no purpose.  It doesn’t DO anything.  As a matter of fact, a lot of the time, rejection leaves far more of an impression on the rejected than the rejector.  Sure, in some cases, it blows up in our faces.  Even those are fleeting experiences.  Our psyche…our emotions…that keeps it around.  However, if we can find a way around that, we would be impenetrable!

Charlie Chaplain once said, “Actors search for rejection.  If they don’t get it they reject themselves.”

If you’d have told me two decades ago that I would be an actor and voice artist, I’d have called you nutters.  As a kid, I was mimicking the different voices in G.I. Joe, He-Man, and Transformers cartoons while I played with my action figures.  I never would have thought I would be one of those guys hopping into a little padded room and making funny voices.  Actually, it was a pretty good bet by most people that I would be making funny voices in a padded room, but I digress.  It isn’t just the BEING an actor and voice artist, which is a cool dream-come-true in and of itself.  However, if you’d have told me “Josh, you will choose a life of careers where rejection is abundant – the norm, in fact”, I would have never believed you.

Today, I am an actor.  No, I’m not in L.A. and life restricts the roles I can do and even audition for.  However, I do send out about 5o+ auditions PER DAY for various voiceover and acting projects.  I get rejected constantly.  Every time I log in to a website and check the projects I auditioned for the night before, I see where I wasn’t ______ enough for the client who didn’t select me.  When I see a TV show or film released that I auditioned for, I see where I wasn’t THIS enough or THAT enough.  I wasn’t enough.  It’s safe to say I experience exponentially more rejection in any given day than I do acceptance.  But today, that rejection doesn’t phase me.  I’m not deterred by it in the least.  In fact, it makes me double my efforts.

What made the difference for me?  Maybe it was working in the car business.  If you are afraid of rejection in that business, you will starve.  It had to happen before that, though.  One doesn’t get into the media with a fear of rejection.  Suffice to say, my decision to quit doing stand-up comedy stemmed from my fear of rejection, even though getting on stage helped in the first place.  Doing theatre helped.  Doing radio helped.  Not everyone can take those paths, though.  But I was 12 years old once.  I wanted to be so many things I never thought I would be.  I never believed I would ever act in a play, voice a Transformer, be in a video game, be on TV, much less become a local radio celebrity.

What can YOU do to overcome your fear of rejection?  Step out of your comfort zone and do so often.  Ask that person out.  Apply for that job – heck, show up at the office with resume in hand and ask for a meeting!  Ask for the job you want.  BE BOLD!  “All they can say is ‘No’!”.  We hear that a lot, don’t we?   It doesn’t offer us as much comfort as it probably should because it is, actually, true.  Even if they say MORE than just “No”, then at least you know and can move forward to a new adventure and you won’t spend as much time on the “what if” thoughts.

Personally, I’m thankful that I overcame my fear of rejection.  In the Summer of 2014, I met a woman I would eventually have to muster the courage enough to ask to spend her life with me.  Imagine if I was still that 16 year old boy too scared to say “hi”!  I would have missed out on a pretty incredible life.  And I’m done missing out on life because of fear.

Words have power.  Rejection.  No.  Those words bear tremendous power.  Just not so much over me anymore.